The law states that energy can be transformed from one form to another, but it can neither be created nor destroyed. It is this, the first law of thermodynamics, that allows us to calculate energy turnover. Which in turn leads to discoveries of new forms of energy. As we now stand on the shoulders of the Norwegian oil and gas production, the cornerstone of Norway’s energy adventure, we look to new forms of energy. We find profitable synergies between them and exploit them with the least possible damage to the environment. Offshore wind is a new industry in Norway. And we, at the West coast of Norway, have a central role in this industry. It is not without reason that we are the offshore wind capital. The business community located here, is prepared to utilize the sea’s resources, both below and above sea level. In this country, where we have high mountains, geological conditions that create perfect conditions for the world’s cleanest oil production, we also have among Europe’s best wind resources! The opportunities for floating offshore wind are enormous in Norway. A report prepared for the Norwegian Offshore Wind Cluster shows that Utsira Nord alone can supply Norway with 26 TWh of power. In comparison, Norway’s total power production averaged 147 TWh in the last 5 years, according to Statistics Norway. And of the 15 areas that were studied for offshore wind development, Utsira Nord had the best wind conditions. On the 12th of June 2020, it was decided that Utsira Nord would open for applications for renewable energy production at sea.

The Utsira field is located west of Haugesund and it is suitable for floating wind power. This is particularly important commercially, as it is estimated that about 40 percent of the value chain in the offshore wind industry coincides with the value chain in oil and gas, and the share is largest for floating installations. When we then add that about 80 percent of the world’s offshore wind resources are found at sea depths greater than 60 meters, and are therefore unsuitable for bottom-fixed installations, a large market in Europe and in the rest of the world can be reached with floating offshore wind technology.

On behalf of Haugaland Vekst IKS, Menon Economics has carried out a ripple effect analysis related to the development of large-scale offshore wind farms at Utsira Nord. The report shows a particularly positive economic effect of this development, especially with regards to local employment. It is estimated that between 6,500 and 8,000 locally in our region will be employed based on the development. Nationally, we see that the number of employees is estimated at between 12,000 and 13,000 people. The ripple effect analysis also shows that we can expect a value creation of NOK 13.5 billion. To be able to achieve these positive effects, it is essential that regional and national offshore wind companies gain experience with the development of large-scale offshore wind farms. The competition between countries to develop large-scale renewable wind power has definitely started!

In the world’s first floating offshore wind farm, Hywind Scotland, the Norwegian supplier industry accounted for 30% of the deliveries. It is essential to have suppliers established in the offshore wind market in parallel with high activity in oil and gas industry. Our region is well located both in oil and gas context, and in the offshore wind context. Located here is, among other things, METCentre. The test center that hosts world-leading innovation and development of several offshore wind technology projects, and thus further strengthens our region as an offshore wind capital. The test center is part of the Norwegian Offshore Wind Cluster, which works to be a preferred global total supplier within floating offshore wind farms. Other key players in the region investing in this segment is Aibel, which has around 40% of its order book in renewable projects, with several EPC contracts on converter platforms for international offshore wind projects. For local shipping companies such as Solstad Offshore, Eidesvik and Østensjø, offshore wind activities are already an important part of the business. Østensjø has, among other things, through its subsidiary Edda Wind, ordered a total of six special vessels for use in the offshore wind market. Uptime International, a local supplier with great success globally, recently won a major contract for access systems for personnel and cargo between vessels and offshore wind turbines, and further strengthens its position in the market. New companies emerge, such as Deep Wind Offshore, with headquarters in Haugesund and strong local actors behind them. Norwegian companies see great opportunities in floating offshore wind. Utsira Nord will contribute to ensuring the establishment of a value chain that is competitive internationally. We have a great potential to become world leading in offshore wind, if we are able to take advantage of the opportunities that lie ahead. 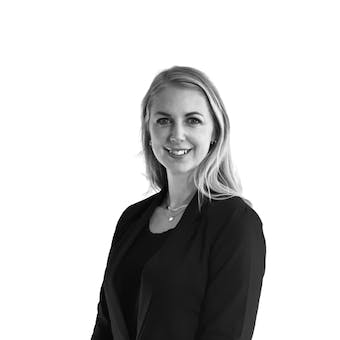 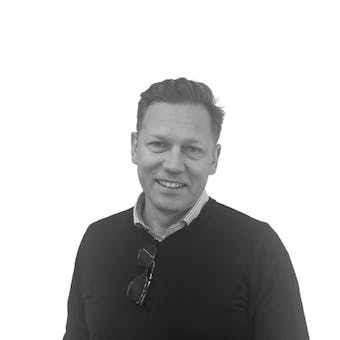